It has been a while since the Cats made an impression on the league. Make no mistake, they have had solid performance and strong finishes. Last season, they had a good run the Finals series. But fans are yearning to a return of the heady years of 2007-2011 when they won three premierships.

The good thing about Geelong is that they seem to be going from strength to strength. They have invested wisely in a core group of players and have a head coach who can extract top performance from them.

Chris Scott knows that anything less than a premiership will be considered below average on his record. Maybe this is the season where everything comes together.

They have some good news in the recent addition of star forward, Jeremy Cameron. Jordan Clarke is the established team member who will look to strike a partnership with the forward and win games. This year could be that of the Cats.

How to stream Geelong Games with Kayo

Kayo Sports is the sports streaming platform for everything AFL. You watch all AFL matches on eligible mobile devices. There is a 14-day free trial for new users, who can then opt for a subscription with no lock-in contract thereafter.

How to watch Geelong Games with Foxtel

Foxtel Now brings every AFL game right to your favourite device. You can take advantage of their 10-day free trial and then decide on a subscription. You can also cancel the plan at any time.

How to stream Geelong Games with Kayo from Telstra

If you are a Telstra customer, you can catch all the AFL action with Kayo from Telstra. Plans start from $5 a month for customers who previously held an NRL Live Pass. Standard plans from $15/month are also available to new and existing customers. 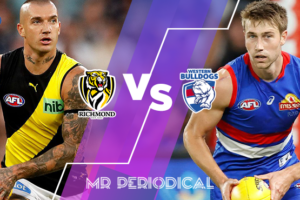 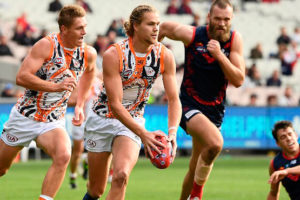 How to watch GWS Giants vs Melbourne? Kick off times and free to air and streaming TV AFL guide

How to watch Port Adelaide vs Essendon? Kick off times and free to air and streaming TV AFL guide
Melbourne – Free to Air TV and Live Stream Guide
Comment