Both teams are seeking to make it through the AFL finals as the season draws near to the end.

Despite having sacked their coach earlier in the week, North Melbourne defeated Richmond in one of the biggest upsets of the 2022 season. They’ve scored 26.17 goals in the previous two weeks, which has been quite beneficial to the club, and they’ve also won clearances versus Richmond.

Hawthorn, on the other hand, struggles with clearances and throws the ball back to the opposition more than any other team save the Suns. The Hawks have won back-to-back games, but North Melbourne has a real chance if they can apply the same level of pressure as they did against Collingwood and Richmond the previous two weeks.

What time is Hawthorn vs North Melbourne?

If you want to watch Hawthorn vs North Melbourne game, you can do so via the following sports streaming services starting at 1:45 p.m. on Saturday, July 23rd.

The game will take place at the Marvel Stadium, and is available to watch exclusively via Fox Sports (Foxtel and Kayo Sports) in Australia.

How to watch Hawthorn vs North Melbourne

In Australia, Foxtel and Kayo Sports hold exclusive broadcast rights to this live AFL match. Every AFL match from every round airs in Australia via Fox Sports (Fox League) and its streaming subsidiaries Foxtel Now and Kayo Sports.

Foxtel and Channel 7 share the local broadcast rights to this live AFL game in Australia. Channel 7 broadcasts four AFL matches on free to air TV while Fox Sports (Fox Footy) broadcasts every AFL match from every round in Australia via satellite and its streaming subsidiaries Foxtel Now and Kayo Sports.

So you’ll need to subscribe to either Kayo Sports or the Foxtel Now sports pack to watch Hawthorn vs North Melbourne if you want to watch live online or on-demand. Kayo currently comes with 14-day free trial, whilst Foxtel Now is available with a 10-day free trial, both ideal for watching the opening rounds of the season.

Telstra customers can get great deals for watching AFL on both Kayo Sports and Foxtel Now. With the Telstra Kayo Offer, you can get a $10 per month reduction on Basic ($15/month) and Premium ($25/month) plans. The Foxtel Now Telstra offer gives you the first month for free as part of a 12-month contract.

Stream TV Shows, Movies and Sports – Live and On Demand

Watch sports and entertainment with Foxtel Now’s 10 day free trial and save $55 per month for 12 months on the Ultimate Bundle!

Don’t miss out on other AFL Fixtures for Round 19 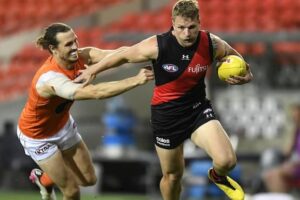