Baby God is an HBO Original documentary set to premiere on BINGE on December 9.

For over thirty years, Dr. Quincy Fortier covertly used his own sperm to inseminate his fertility patients looking to get pregnant. This documentary unravels the disturbing crimes of this fertility doctors as it features his children, who are all trying to figure out his motives while making sense of their identities.

Tune in to the premiere of this must-watch HBO Original documentary on BINGE come December 9th.

What is Baby God about?

Nevada physician, Dr. Quincy Fortier, has been the go-to doctor of many women for gynecological and obstetric care. He has gained a reputation for being able to help women get pregnant where other doctors have failed. The catch? He’s managed to do this by injecting the women with his own sperm without their consent or knowledge. This documentary focuses on the lives of the children he has fathered and the innocent women who are trying to come to terms with the real father of their kids.

It was said that Fortier was impregnating women until well into his 70s. He was held accountable towards the end of his life but managed to reach a settlement for an undisclosed amount. This doco will feature several interviews of mothers and children as they unearth the truth behind their existence.

Is Baby God any good?

Considering the track record of HBO Original productions, especially when it comes to documentaries, it’s safe to say that Baby God is a true must-watch for doco junkies. It’s such a disturbing story that would surely be as intriguing and controversial as it can get. 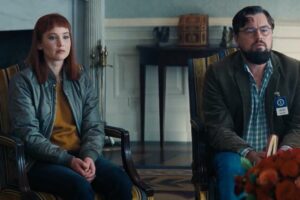 Enter the Cut-Throat World of Finance with HBO’s ‘Industry’ — Stream in Australia on BINGE in February
Where to Watch 30 for 30: Chasing Tyson online in Australia
Comment