Updated: 29th November.. Mike Tyson and Roy Jones, two legends of the boxing ring, have been enticed out of retirement for one last dance. Wondering how to watch the fight live? Here’s everything you need to know…

When is the Tyson and Roy Jones Jr Fight?

For Australian fight fans, Sunday the 29th of November is the date to mark down in your diary. The fight is expected to start at approximately 5 pm AEST. The fight was initially set to take place in September but was rescheduled due to the coronavirus pandemic.

Who Are Mike Tyson and Roy Jones Jr?

These fighters are without doubt two of boxing’s greatest. Mike Tyson (now 54 years old) is still the youngest fighter ever to win a Heavyweight World title, a feat he achieved at the tender age of 20.

He reigned supreme as undisputed champ for three years between 1987 and 1990, renowned for his brutal over-the-top right hand.

Roy Jones Jr, now 51 years old, was an altogether different man in and out of the ring, but no less ruthless.

He won world titles at three different weights (Middleweight, Super Middleweight, Light Heavyweight) and even has an Olympic Silver Medal to his name. He is easily considered one of the best boxers to have graced the squared circle.

How to Watch the Tyson v Jones Jr Fight

This one-off boxing clash will only be available on pay-per-view in Australia for $59.95 – via Main Event.

You can access Main Event for this fight through either Foxtel and Kayo Sports. Foxtel subscribers just need to select the Main Event channel on the Foxtel TV listings and purchase the fight, which will be added to your monthly billing.

WATCH NOWWatch the best of entertainment Foxtel has to offer!

Alternatively, you can pay for Main Event through Kayo Sports, even without an existing subscription.

STREAM NOWFury vs Wilder III on Main Event from Kayo

It should be noted that the fight is not part of the Kayo free trial. The event must be purchased choosing one of the various payment options Kayo provide.

The Headline fight between Mike Tyson and Roy Jones Jr. is expected to start at approximately 5 pm AEST, depending on the duration of the undercard bouts.

Full coverage on Main Event starts at 12 pm AEST. If you tune in from this time you won’t miss a second of the full card.

As well as the Main Event, there will be a contest featuring former Super Middleweight Champion Badou Jack – as well as a celebrity encounter between Youtube’s Jake Paul and NBA star Nate Robinson.

Check out the full fight card below:

As this fight takes place in California it needed to be passed by the California State Athletic Commission (CSAC). They agreed that the fight could take place as long as it was over 8×2 minute rounds.

The fight has been sold as an exhibition contest, however, no head protection will be worn and both fighters will wear 12oz gloves, the same weight they would have worn in their respective heydays.

But anyone expecting these two to step around the ring in an elaborate sparring session should think again. They will go at it – and go at it hard.

There are two options when it comes to streaming Tyson v Jones Jr once you have purchased the PPV. If you’re a Foxtel customer, you can stream the fight live via the Foxtel GO app.

You can also stream every minute live with the Kayo Sports app. Both of these options are available to use on a wide range of PCs, Mobile Devices, Games Consoles and Smart TVs. 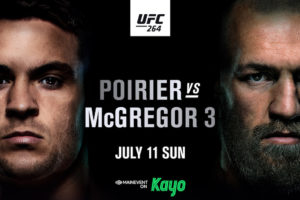 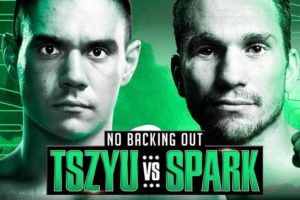