New Zealand have named four debutants in their matchday squad for their second Tri-Nations clash with Australia. Loose forward Akira Ioane will start in the number six shirt, with Ardie Savea moving to number 8.

The three other rookies set to make an impact from the bench are Hurricanes hooker Asafo Aumua, and the promising Crusaders duo of Cullen Grace and Will Jordan.

The second game of this year’s Tri-Nations competition will take place this Saturday between Australia and New Zealand, with the Wallabies hoping to avenge last weekend’s record 43-5 loss.

The two sides head to Brisbane’s Suncorp Stadium this weekend, where a win would put Australia level on points at the top of the Tri-Nations table, with Argentina yet to play a game.

The Wallabies certainly have the squad to be more competitive with the All Blacks, as highlighted by October’s 16-16 draw. Captain Michael Hopper is still considered one of the best flankers in the game, and the likes of Nic White and Reece Hodge look good in attack.

But a youthful and at times fragile defence is the area that will need the most work if the points flow from the men in black are to be stemmed.

The problem is, that same defence will be facing a second weekend up against the best-attacking rugby team on the planet. As well as the aforementioned Mo’unga, New Zealand also possess the likes of Rieko Ioane, TJ Perenara and the Barrett brothers, a formidable attack if there ever was one!

Australia will have to be at the top of their game for a whole 80 minutes on Saturday, and who knows, by the end, they could still be in will a shot at the Tri-Nations title.

What is certain, however, is that it’s going to be a cracker! You can catch this game live on free to air with Channel Ten.

The only place to watch all six Tri Nations games in 2020 is with Foxtel and Kayo Sports. Kayo currently has a 14 day trial, so you can catch this weekend’s game, along with New Zealand v Argentina next week, for free! 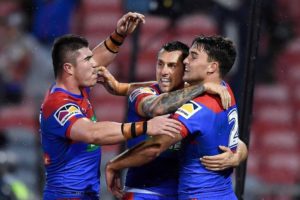 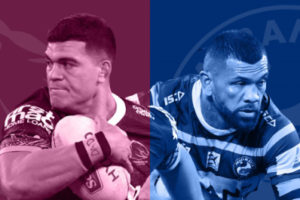 What Channel is Eels vs Dragons on? Kick-off time, TV and Live Stream details

The Flight Attendant: Everything you need to start Streaming

Foxtel Now Cyber Sale: Get All of Foxtel Now for Only $25/month for 3 Months!

How to Watch the UEFA Women’s Champions League